Shave The Donkey was originally formed in late 2013 by four musicians who still play regularly for Mersey Morris Men.

Between them, they had decades of experience playing for all types of dance. Whilst their individual musical tastes were eclectic and diverse, the rich musical heritage of English traditional music became the foundation for the Shave The Donkey dance tune repertoire.

More recently, the band has expanded with the addition of rhythm section which can call upon the services of two guitarists and a drummer.

This flexible lineup gives us the ability to play for all types of event, from small private parties to large venue events such as festivals and charity fundraisers.

The band works regularly with a number of different experienced callers, each with their own style and repertoire of dances. 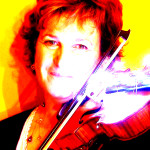 Sarah (fiddle) is the musical conscience and instigator of the band.
She got her first school violin aged 7 and inherited a love of Mendelsohn and Bach from her Dad. It took until her forties to discover the joy of folk music and now plays regularly for Morris, Sword and ceilidh dancing. Anyone who's seen the film of 'Bugsy Malone' and didn't blink in the wrong place might well have seen the 13 year old Sarah playing her violin - for the villain! 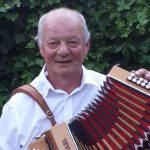 Richard (melodeon) is the on-stage leader of the band, following firmly in the family tradition. Although now definitely wedded to his beloved Castagnari melodeon, Richard started his ceilidh band career as a drummer progressing from a single side drum to a full kit, and at one time even played the piano accordion (that phase has now passed, phew!!).
When not playing music or teaching the dancing to Mersey Morris Men, Richard continues his 45+ year career of charging around a squash court, although the word 'charging' may now be somewhat less appropriate! 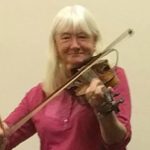 Eve (fiddle) is the other half of the band's string section. She is also the 'piece-maker'  of the band, often displaying or wearing the fruits of her dexterity with needle and thread. When she is not sewing cathedral windows(!) or playing her violin , Eve and partner can sometimes be found on the canals of NW England on a narrow boat. Eve's favourite mantra.....'Chocolate makes the world go round' 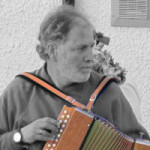 Andy (melodeon) evens up the number of box players in the band, apparently to balance the sound, and is the band's Marketing and Bookings Officer! A chance hearing of a William Kimber recording many years ago was responsible for triggering his interest initially in concertinas and then melodeons. He is currently in remission from MAD (melodeon acquisition disorder), however the relapse rate is high. His other leisure pursuits include cooking (leisure?-it's every day), cycling and leatherwork. 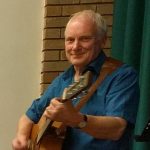 Neil (guitar, bass, caller) is one of the people who provide the band's rhythm section (on guitar and occasionally on bass). He is also one of the band's regular callers.  He was 17 before he persuaded his mother to buy him his first guitar (it only cost £2.50, because it had a broken head).  When not playing or calling with Shave The Donkey, he is a keen folk dancer and a creator of fiendish dances (having to date published 6 books of his own dances).  His hobbies include travelling round in Dora (his motorhome), and buying more wine than he and his wife could possibly drink .This, of course, makes him very popular with the rest of the band! 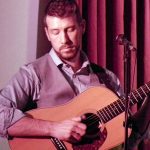 Andy (guitar) is a multi-talented instrumentalist, playing guitar, mandolin and bazouki. His face will be familiar to many local folk enthusiasts through his many performances and recordings with the Jones Family Band, and he even toured Australia with country music star Charlie Landsborough. 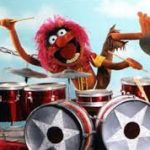 Matt (percussion) followed in his father's footsteps (see above) and picked up the drumsticks at an early age, progressing on to driving a full rock drum kit to his parents' delight (especially when he left home). He is now sharing this delight as his two young daughters have discovered the joys of his drum kit! Within Shave The Donkey, he provides a light rhythmic foundation to the music using a wide range of eclectic percussive sounds. Matt also actually charges around a squash court on a regular basis.

Why 'Shave The Donkey'?

Shave the Donkey is the name of a traditional morris tune and dance from Bampton in Oxfordshire. That tune itself is related to a very popular dance tune from the turn of the eighteenth and nineteenth centuries called 'The Triumph'. So the name could be viewed as a pointer back to both the band's morris background and the rich heritage of English traditional dance music.

But really, we liked it because it is silly, memorable and starts conversations!!!!